Craig David and Ronnie Wood presented Alan with his award

A teenager from Hemel Hempstead has won a national award at The Prince's Trust and TK Maxx and Homesense Awards.

Alan Davies received the Ascential Educational Achiever award from HRH The Prince of Wales, founder and President of The Prince’s Trust.

The 17-year-old had a difficult time at school but is now thriving in an apprenticeship in the care industry. 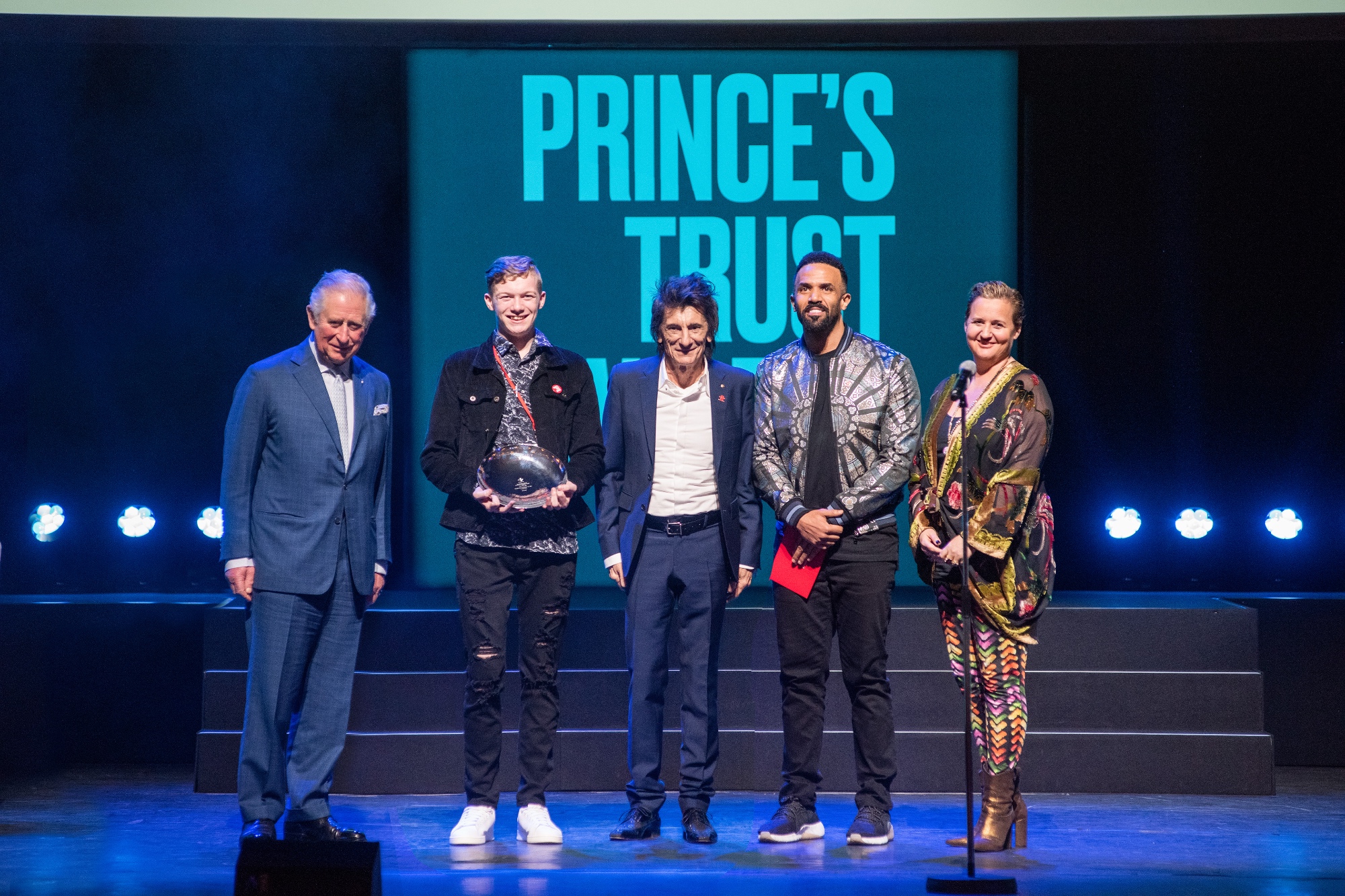 He was presented the award at the ceremony, hosted by Ant and Dec, in London yesterday (Wednesday), Pierce Brosnan OBE, Harry Kane MBE, Ashley Walters, Micheal Ward and Richard E. Grant were among the guests.

The Prince’s Trust and TK Maxx and Homesense Awards recognise young people who have succeeded against the odds, improved their chances in life and had a positive impact on their local community.

Alan did not fit in at school, he did not get on with the other pupils and often walked out of lessons when it was getting too much for him. It was not easy living with five other people in a two-bedroom home and things got worse when they were forced into temporary accommodation following a severe flood.

To give Alan some extra support he was encouraged to join The Prince’s Trust Achieve programme. At first, he did not get on with anyone and preferred to work alone, but he was determined to do well and started to enjoy the activities and working with the other students.

Alan really enjoyed his visits to a local recording studio where he developed his love for singing and thrived on his work experience at a care home, where he realised he wanted a career in the health and care industry.

He is now more confident, happier and excelling in his apprenticeship at Highview Lodge, a day care centre, in Hemel Hempstead, where he cares for people with Alzheimer’s, Parkinson’s disease and other physical and mental health conditions.

Alan said: “What a difference a couple of years make. I still can’t believe it’s all true.

"I’ve won this amazing award, got an apprenticeship, sung in front of Alexandra Burke, oh yes and met HRH The Prince of Wales.

"I could never have done any of this without the support of my family and The Prince’s Trust team.”

Natasha Christie-Miller, chief executive officer and President at Ascential Intelligence said: “On behalf of all my colleagues at Ascential, I’d like to congratulate this very worthy winner who could teach us all a thing or two about strength and resilience.

"Our winner should be extremely proud of himself, what an incredible achievement and a truly inspirational individual.”

Ronnie Wood and Craig David presented Alan with his award.

Rock royalty Ronnie Wood said: “It’s incredible to see that Alan has come so far from struggling to socialise, to singing on stage and thriving in an apprenticeship.

"He is living proof that with support and determination, your goals can be achieved.”

Youth charity The Prince's Trust gives young people the skills and confidence to get their lives on track. For more information about The Prince’s Trust visit www.princes-trust.org.uk.